THE PREVENTION OF HOARDING AND PROFITEERING AND PROTECTION OF COMMON MAN THROUGH CONTROL OF PRICES BILL, 2007

BE it enacted by Parliament in the Fifty-eighth Year of the Republic of India as follows:—

1. (1) This Act may be called the Prevention of Hoarding and Profiteering and Protection of Common Man through Control of Prices Act, 2007.

(2) It extends to the whole of India.

(3) It shall come into force at once and shall remain in force for a period of five years.

2. In this Act, unless the context otherwise requires,—

(a) “appropriate Government” means in the case of a State the Government of that State and in other cases the Central Government;

(c) “consumer goods” include all grocery items including wheat, rice and other types of cereals, pulses, sugar, edible oils and ghee, salt, soaps and detergents and such other items which are used for daily use by common public but does not include seasonal vegetables and fruits, finished goods or services;

(d) “dealer”  means any person carrying on the business of selling any scheduled article and includes a producer, manufacturer, an importer, a wholesaler or retailer;

(e) “hoarding” means accumulating consumer goods or stocks meant for sale with a view to cornering such goods so as to raise their prices by creating a short supply or artificial shortage or by bringing them for sale at prices which are very high and are not competitive;

(f) “prescribed” means prescribed by rules made under this Act;

(g) “profiteering” with its grammatical variations and cognate expressions means the sale by a dealer of any scheduled article at a price or rate higher than that fixed under this Act;

(h) “retail price” means such price at which the consumer goods shall be sold in retail and such price shall include all taxes levied on such goods;

3. (1) The Central Government shall, as soon as may be, by notification in the Official Gazette, constitute the “National Commission for Price Fixation of Consumer Goods” for carrying out the purposes of this Act.

(2) The Commission shall consist of,—

(a) a Chairperson to be appointed by the Central Government having such qualifications and experience as may be prescribed;

(b) four members to be appointed by the Central Government who are experts in the field of commodities;

(c) four members to be nominated by the State Governments by rotation in alphabetical order.

(3) The Commission may associate with itself any person whose assistance or advice it may desire in complying with any of the provisions of this Act and a person so associated shall have the right to take part in the discussions of the Board relevant to the purposes for which he has been associated but shall not have the right to vote.

(4) The terms of office of the members and the procedure to be followed in the discharge of their functions by the members shall be such as may be prescribed.

(5) The Commission shall have a Secretariat consisting of such number of officers and staff, as may be prescribed, to assist it in carrying out its functions.

4. (1) The Commission shall, by order notified in the Official Gazette, fix the maximum price or rate of any consumer good shown as scheduled article in this Act, which may be charged by a dealer or the minimum price which is to be paid by a purchaser.

Constitution of a Commission.

Functions of the Commission.

(2) The Commission may, before fixing the prices, take into account relevant factors especially,—

(i) the quality of the products;

(ii) the supply and demand of the consumer goods;

(iii) the cost of production;

(iv) the loss during the production;

(v) the prices of accessories or which directly or indirectly affect the price factor of the consumer goods;

(vi) the price and availability of similar products in international market;

(vii) the export potential of the goods;

(viii) any other relevant factor as may be deemed necessary.

(3) The Commission may fix different prices for different consumer goods in different States or regions as per the local production, consumption and availability and other factors.

(4) The Commission shall, from time to time, after taking into consideration the relevant factors revise the prices fixed for different consumer goods.

(5) The Commission shall cause the price structure fixed by it be given wide publicity throughout the country through the print, electronic or through such means as it may deem fit.

5. Notwithstanding anything contained in any other law for the time being in force, it shall be the duty of the appropriate Government to implement the price structure decided by the Commission within its territorial jurisdiction in the manner it may deem necessary and expedient.

6. (1) The hoarding of and profiteering in consumer goods by any dealer or person is hereby prohibited.

(2) Whoever contravenes the provisions of sub-section (1) shall be guilty of an offence under this Act.

7. (1) Any dealer who profiteers in any scheduled article or consumer goods shall be punishable with rigorous imprisonment which shall not be less than three years but may extend to seven years and also with fine which may extend to ten lakh rupees and the scheduled consumer goods in respect of which the offence has been committed or such part thereof as the trial court may deem fit shall be forfeited to the appropriate Government.

8. When any police officer not below the rank of Inspector of Police has reasonable grounds for believing that there has been a contravention of any of the provisions of this Act, such officer may, after recording in writing the grounds of his belief, at all reasonable hours enter and search any place where a dealer keeps, or is for the time being keeping, any scheduled consumer goods and seize the goods under this Act.

Appropriate Government to implement the price structure of the Commission.

Prohibition of hoarding of and profiteering in consumer goods.

Power of search and seizure.

9. (1) Notwithstanding anything contained in the Code of Criminal Procedure, 1973 all offences punishable under this Act shall be cognizable and non-bailable.

(2) Any police officer, not below the rank of Inspector of Police, may arrest without warrant any person against whom a reasonable complaint has been made or creditable information has been received of his having been involved in any of the offences punishable under this Act.

12. The Central Government may, by notification in the Official Gazette, make rules for carrying out the purposes of this Act.

Cognizance of offence and arrest without warrant.

Power to add to the schedule.

Act to have overriding effect.

3. Coarse cereals and their products;

13. Kerosene and other petroleum products;

14. Cement and other building materials;

STATEMENT  OF  OBJECTS  AND  REASONS

Of late, prices of essential consumer goods have increased manifold, which has adversely affected the household budget of the common man. There is resentment and concern on this issue amongst the people, be it the middle class people, salaried class, daily wage earners, and poor and those living below poverty line. The increase in prices is not restricted to seasonal commodities but also to items of daily use. Dal-Roti has become luxury for almost all the households. Sugar and edible oils have also gone out of the reach of the common man. The dealers are selling the products at their whims and fancy. They are creating artificial scarcity of essential goods by hoarding the goods with a view  to profiteering later. There is no check on the pricing of any commodity. No price list is displayed and the poor, downtrodden and illiterate people are exploited by the dealers and retailers. There is an immediate need to have a system in place, which will help in stabilizing the prices of different consumer goods,  that are used by the common man. Hence it has been proposed in the Bill to constitute a commission for the purpose of fixing the prices of all consumer goods to protect the poor, downtrodden and the common masses of the country. Those found guilty of not complying with the price structure prescribed by the Commission and found involved in hoarding and profiteering should be severely punished. This will certainly help in containing the dreaded  mehangai.

Clause 3 of the Bill provides for the establishment of a Commission to fix the prices of consumer goods. Sub-clause (5) of  clause 4 directs the Commission to give wide publicity through the print, electronic and other means to the price structure fixed by it. The Bill, if enacted, will involve expenditure from the Consolidated Fund of India. It is estimated that a sum of rupees fifty crore may involve  as recurring expenditure per annum.

A sum of rupees fifty crore may also involve as non-recurring expenditure from the Consolidated Fund of India.

Clause 12 of the Bill gives power to the Central Government to make rules for carrying out the purposes of the Bill. The rules will relate to matters of details only.

The delegation of legislative power is  of normal character. 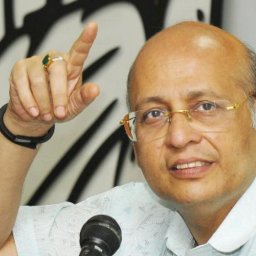 End of an era? Jamshedpur may no longer be under the Tatas

[Bhima Koregaon][Session-1] ‘This is A Foisted And Cooked Up Investigation’: Dr Singhvi Seeks SC Monitored SIT Investigation In The Case 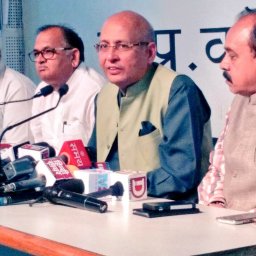