Yesterday, Congress Vice President, Shri Rahul Gandhi addressed a massive public rally in Telangana. Where Shri Gandhi, pointedly asked the PM, Shri Narendra Modi- about his vision of “Make in India” and Manufacturing. He also reflected about the state of the distressed farmers throughout the country.

Today, the figures of Manufacturing Sector (PMI) have been made public- And not surprisingly, they are again at a three month low. Infact, since the BJP Government hascome to power, the Index of Industrial Production (IIP) has always seen a downward trend.

A simple graph illustrates that trend; this is despite the Government recently changing the base year of IIP from 2004-05 to 2011-12 and even the method of calculation.

After the abysmal GDP numbers of this quarters which has forced the BJP Government and its Finance Minister, Shri Arun Jaitley into a state of total confusion, it is imperative for the Congress, as the principal opposition party to ask some tough questions and force the BJP to take accountability.

Shri Arun Jaitley’s replies to the press, yesterday, were full of utter confusion, perplexity, hypocrisy, bewilderment and even bemusement. Infact, he could not answer basic questions. Sometimes, he said “Demonetisation cannot be identified as the sole reason for low GDP growth” and “Sometimes he said 7%-8% is a reasonable area of growth”.

Shifting responsibility to the Reserve Bank of India (RBI), he was forced to hide his own Government’s abject failure on counting the exact currency which was back in the system; along with the amount of counterfeit ones, after the disastrous decision of Demonetisation. He blamed “Global Factors” for his Government’s Economic Mismanagement.

In the past 3 Years, the BJP Government, does not have the faintest idea of how to stop slide of the Economy. Infact, the recent GDP numbers conclusively prove that, this very Government was responsible for this massive downslide.

Unemployment has risen and the corporate sector has taken a hit, but the Modi government is relying on statistics to create an illusion of economic growth.

In the wake of good monsoons last year, there has been generally a good harvest all around. But rather than been happy, the Farmers are a distressed lot. There is palpable anger simmering across the country. Farmers in Maharashtra are on a statewide strike since yesterday. What we are witnessing is unprecedented and has never happened in the past 70 years in India. They are forced to throw thousands of litres of precious milk and destroy tonnes of fruits and vegetables, grown by their own hard work in the fields on the streets.

Meanwhile, while the farmers are distressed and angry, traders are making a killing by selling farm products at higher rates. Vegetables and fruits prices in Pune, Nashik and other cities soared by 40 %, as the supply came down by half. Milk is selling at Rs 80/kg at some places.

The BJP Government at the Centre, which made tall promises of doubling the income of farmers and providing them with “MSP + 50% Profit” BJP’s 2014 Election Manifesto, which reads on page 44- “we will take steps which make agriculture profitable and we will also fix up Minimum Support Price which is 50% higher than the farmers’ actual cost”, has completely backstabbed them.

After the much hyped Uttar Pradesh loan waiver, whose hollowness the Congress party has already exposed earlier, farmers in Maharashtra are demanding a similar Loan Waiver. But the insensitive and apathetic Fadnavis Government is not listening to their demands.

BJP has become the biggest NPA (Non Performing Authority) to India and its citizens. Only 24 months are left with them to take some tangible and real steps of governance. We demand the BJP that it listens and implements what it promised – Both Jobs and Welfare of Farmers. 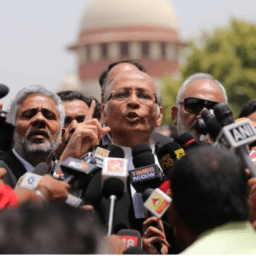