Dr. Abhishek Manu Singhvi said that the Narendra Modi Government is, in a cowardly fashion, taking refuge and firing bullets from the shoulders of the CVC to completely damage and undermine the independence of the premier investigation agency – the CBI. It is extremely alarming, shocking and deplorable that the CVC as an institution is willingly allowed itself to be subordinated in this fashion.

The Indian National Congress strongly condemns this tyranny and absolutism whereby credibility of institutions is being bulldozed and institutions like the CVC are being made to surrender in front of a desperate Government, which will go to any extent to prevent independent CBI functioning. We are seeing the beginning of the end of the ‘One Man, One Rule Era’.

(i) On the charge of accepting a Rs 2 Cr bribe- The CVC itself concedes that “there is however, no direct evidence on the allegation of payment of bribe of Rs 2 Cr to Shri Alok Kumar Verma to Shri Satish Sana..”[Para 13(i).33]

(ii) On the charge of Exclusion of a suspect from being named as accused in an FIR- IRCTC case-: “The allegation on Shri Alok Kumar Verma, Director CBI tried to call off the searches at Patna is not substantiated…” [Para 13(ii).18]

(iii)  On the charge of Inordinate delay in finalizing investigation report in bank fraud case against main accused, indicating favouritism towards the main accused. “The only allegation against him and this is merely an allegation that there was delay in finalizing the investigation report by the CBI and that Shri AlokVerma as Director CBI should have ensured its timely completion.” [Para 13(iii).11]

“With regard to the allegation of attempting to induct tainted officers it is noteworthy to point out that the proposal for the induction of both the officers was not acted upon by the DOPT. The allegation is premature at best and wild conjecturing at the worst. It is certainly not a valid ground to disqualify a CBI Director from performing his tasks.” [Para 13(ix).5].

In its usual disingenuous and spin doctoring manner another fig leaf behind which Modi ji and the Government is trying to hide is that of Justice Patnaik. It is completely forgotten that Justice Patnaik was a broad overall supervisor who has stated that he didn’t participate in the enquiry and that the findings/conclusions of the CVC Report are not his.

The CVC should have seen through this much earlier and not allowed such non conclusions and non-findings to be misused as if they are the conclusive, definitive views of some quasi judicial authority.

Furthermore there is complete lack of equivalence and stark contrast between direct physical and documentary evidence of serious wrongdoing available in the case of Asthana including witnesses, FIRs and direct documentary evidence in contrast to the Verma case. It is significant that the Delhi High Court in a detailed judgment, just a short while ago today, rejected Asthana’s petition to quash the FIR against him and instead directed the CBI to proceed and complete its investigation in his regard.

We are stunned that the CVC is practicing willful and Nelsonian blindness to such obvious facts.

We all believe that what is sauce for the goose is sauce for the gander. But the BJP, the PM and the FM believe and act differently. They believe in discriminatory standards to be applied. For them, this vacuous and subjective CVC Report is not “a fishing and roving enquiry” but a case like Rafale, with humongous facts and documents, has been characterized by these 3 eminent persons to be a “fishing and roving enquiry”.

On a question related to the resignation of CBI Director Mr. Alok Verma, Dr. Singhvi said- That is nothing to do with us. We have seen in the public domain the letter. He has, I think, written a fairly dignifying letter. But the reason he has given that he is entitled to continue to 31st January, 2019 if and only if he is CBI Director. Because as a CBI Director he gets extended his tenure in the post for full two years, which expires on 31st January, 2019. So, I think, very properly and rightly he has added that in the position as DG of Fire Guards, he would not get an extension till 31st January, 2019 and therefore he would want to take his superannuation from the day then he was removed by the Committee.

On a question related to the statement of Piyush Goyal Shri Singhvi said- Those who claim a Ph.D in Spin Doctoring, we also have now who have M. Phils. in Spin Doctoring! The comment that the Congress and Mr. Kharge apparently opposed            Mr. Verma at the time of appointment and therefore on some very remarkable reasoning how should he support the continuance of Mr. Verma today, that appears a bit out of reasoning. I want to give you two answers; first and foremost as I am astonished that this kind of none reasoning has become the basis of Press Comments, I hope it is not the basis of running ministries by Hon’ble Ministers of this Government.

Assuming for a minute and it is wrong but assuming for a minute with that               Mr. Kharge opposed the appointment of Mr. Verma some years ago please tell me by what leap of the imagination and by what quirk of reasoning, is he disentitled  to to oppose or dissent in the committee which he was in yesterday. If you can find the link or there is some hidden link, which escapes all the geniuses sitting in the room then I cannot comment.

Second, Mr. Kharge in fact never opposed Mr. Verma in the sense in which you have been told by the Government. His objections is on record has been read earlier form this podium to you. Its principle objections as indeed of other parties were that there are several more senior police officers in the zone of consideration, some names were taken also and we are not sure that there are reasons forth coming as to why A,B,C should be overlooked and D be appointed. It was completely an objection not on the conduct of the personality of Mr. Verma but on the existence of other more senior officers. It has absolutely no relevant except spin doctoring for a removal which unconstitutional in 2019, pure ridiculous spin doctoring.

Now, as far as the name of Justice Sikri being dragged in this incident, as you know that  there is every fig leaf behind which this desperate Government wants to hide, sometimes fig leaf and the shoulders of the CVC, sometimes its the shoulders and  the fig leaf of Justice Patnaik both which I have explained. But now Justice Sikri ,let me clarify that when any Hon’ble Judge of court including in the Supreme Court sit as a member of committee. He does not sit as a Judge, he does not sit as a sitting Judge, he does not sit in a judicial capacity. He sits as nominee of the Chief Justice under an act merely as a member and just like the decision of the committee individually or collectively are liable to challenge by proper court procedures. So, also every decision of this committee including if there are individual decisions of the members are liable to be challenged. We have not spoken a word. It is the Government of the day which is deliberately trying to drag the name of a sitting judge. We have given you reasons why this is a flawed decision, we have shown that entire decision appears to be based on the charge allegations, mere allegations of a person named Asthana who himself is under an FIR investigation of the CBI. Whose petition to quash the FIR has been dismissed today as we speak and CBI has been directed to complete the investigation in time bound manner. If that is the entire basis of the CVC report and in turn admittedly as per the Government’s own statement, the CVC report if the entire basis of the removal of Mr. Verma then it is not strange that Asthana is the basis of Verma’s removal इससे ज्यादा “चोर कोतवाल को डांटे” का उदाहरण कहाँ से मिलेगा !

On a question that what do you think about Supreme Court Decision taking 77 days and second thing Supreme Court provided the ground for sitting another committee and the Judge Sikri and Prime Minister’s Decision, Dr. Singhvi said- We are very clear on that. It is not hidden, in the very first letter which Mr. Kharge wrote and elaborately in the second letter, he has said clearly that in fact Verma should be compensated with an extra 77 days which have been taken away from his tenure which is fixed two years tenure. Not for any act or omission by him but by the natural process of time consumed in adjudication. Therefore he has said that in any event, in the alternative and apart from what I have just said, He should be at least allowed to complete his next twenty days. It is nothing but pure vendetta, fear and frustration which has meant that Mr. Modi wanted to act immediately within hours and ensure the removal and that is the point which has been raised in the letter of Mr. Kharge. 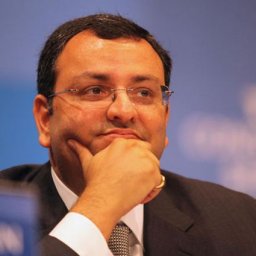