Dr. Singvi said- This is very serious, it is urgent, it is very important because ultimately the issues are the same, the issues have not changed. But, the issues highlight a tearing, anxiety and urgency to hide vital matters of public interest. This Government is running scared. This Government is using PhDs and Masters and Spin Doctoring to spread falsehood and one direct falsehood has been nailed today. I gave you about 6-7 points yesterday less than 15 hours ago. Each of those points have been completely reinforced, reiterated and underlined by no less than Justice Patnaik. I had told you yesterday, natural Justice denied especially without any proof, judicial findings, natural justice was all the more important.

Well, today Justice Patnaik has said categorically that even if the Supreme Court said that the high-power committee must decide, the decision was very, very hasty. We are dealing with an institution here. They should have applied their mind thoroughly, especially as a Supreme Court judge was there. What the CVC says cannot be the final word, exactly the issue which we have raised.

Second, we have said there is nothing which can be called even an allegation much less a proof, no prima facie, no finding. There is nothing in the nature of except subjective words, adjectives, delays, trivial things. Well, today, Justice Patnaik says, “There is no evidence of corruption against Verma. The entire enquiry was held on (CBI Special Director Rakesh Asthana’s) complaint. I have said in my report that none of the findings in the CVC’s report are mine”

Third thing he had said yesterday that you are hiding behind the fig leaf of Patnaik. Justice Patnaik himself says, “the CVC forwarded to me a statement dated 9.11.2018 purportedly signed by Shri Rakesh Asthana. I may clarify that this statement purportedly signed by Shri Rakesh Asthana was not made in my presence” The Supreme Court entrusted me with the responsibility of supervising, so, I ensured my presence and ensured the principle of natural justice was applied. Neither inquired nor signed nor himself investigated and this is being spread like a canard before you by the spin doctors of this Government. I think, it is very clear, friends, that there is much to hide, it is not a cupboard full of skeletons, it is only skeletons, there is no cupboard.

Was it that the CBI Director was deep into the investigative stage of Rafale? Was it that he had evidence, witnesses, documents which would nail the multiple lies of this Government, the Prime Minister, the Ruling Party’s President? Was it that it was therefore vital to stop him instantaneously within minutes? Remember, even adjournment was refused initially by the Prime Minister’s office of the meeting that meeting had not even got CVC report. Mr. Kharge wrote saying, we have no CVC report, please adjourn it. The letter from Mr. Jitendra Singh the minister said, No, we would not adjourn it, we have to have it today and then on the urgent meeting 24 hours later. A thousand pages annexures report was evaluated decided and implemented in this manner. Obviously, this Government has lots and lots to hide. Well, without taking more time, let me conclude by saying that we have four specific demands apart from all the other points which made earlier.

One, the High-power Committee must be reconvened immediately. Two, Mr. Alok Verma must be reappointed till the High-powered Committee, and that is my third demand, fully investigates and enquires into the allegations as the High-power Committee, because they have not done it. Mr. Justice Patnaik says they could not have done it; it is humanly impossible to do it. They are not a rubber stamping agency, they are High Powered Committee.  The CVC is neither the appointing authority, nor the removing authority and therefore the third demand is that these must be inquired into and fourth, the 77 days lost by him in his fixed two years tenure term must be compensated and returned to him and then alone I think, justice will be done, justice deserves to be done and the Government and his spin doctors deserve to be exposed. 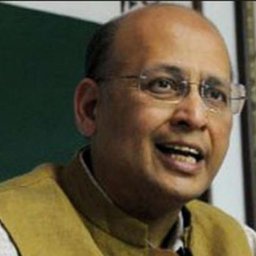 Can you Proceed Against Guarantor Before Debtor? NCLAT answers in Judgement