‘Spinning Lies’, ‘Weaving False Narrative’ & ‘Knitting Sugar Coated Alibis’ is a nefarious ploy of the Modi Govt to trample upon the Institutional Integrity of the RBI !

RBI Reserves are Nation’s Social Wealth  & Modi Govt wants to distribute it to its Crony Friends.

Staring at an imminent defeat in the 5 state elections and the ensuing Lok Sabha elections, a desperate Modi Government wants to grab the family silver of the RBI in order to indulge in pre elections sop-splash!

Modi Govt which was absolutely ‘Asleep at the Wheel’ for 4 years and six months; suddenly has risen from its deep slumber to pounce on the 3.6 Lakh Crore worth of cash reserves at the RBIand can be used by them for financial contingencies. A cobweb of fraudulent narrative, which smacks of despotism and complete disregard for institutional integrity towards the RBI  is being carefully weaved by the Modi Govt, so that it snatches away the family silver in an election season, in order to hide its mal-governance & failures.

This falsehood is being peddled by none other than the Finance Ministry through the likesof senior officers who are being coerced to put forth a misleading argument and even fictitious & false data in order to construct this narrative.

The Contingency Reserve Rate which allows the RBI leeway to utilize its financial resources for emergencies  now at 6% and Modi Govt. nefariously seeks to take away even that ‘Contingency Reserve’ under the garb of ‘fixing appropriate economic capital framework of RBI’. Senior Govt. bureaucrats are being forced to write juvenile tweets to mislead the people by quoting wrong data on Fiscal Deficit.

Spinning is an art perfected by the Finance Minister& the second tweet by the DEA Sec perfectly reflects that.

Modi Govt. has come forth with a bunkum and bogus argument that it wants to fix the ‘economic capital framework’ of the RBI.

Modi Govt has earned a windfall gain of Rs 12 Lakh Cr in the past 4 years, with heavy taxation on Petrol-Diesel, where has the money gone? Why does it not use that 12 Lakh Cr to fund its ‘electoral lollipops’? Wouldn’t this money be used to recapitalize the PSU’s & Banks which will only benefit large crony friends of PM Modi?

On the question of the reaction of the Congress Party on the statement of the Prime Minister in a public speech on Demonetisation, Dr. Singhvi said Frankly some comments do not require a response, they need to be ignored with the contempt they deserve and this is one of them but only because it is as high a functionary as the Prime Minister of India does this require a response. It is well established that lies and fabrications and fraud have no legs to stand on and truth always is fearless and emerges victorious.

Well, today you have heard the greatest of untruth from the greatest orator of untruth. The Hon’ble Prime Minister is connecting ‘Notebandi’ demonetisation’ with petty vindictive, vendetta based cases filed against Congress Party. Let me remind the Prime Minister that ‘Demonetisation’ and ‘Notebandi’ was the biggest man-made indeed Modi-Made disaster ever inflicted on this country. He is in a minority of one on planet earth who supports this. None of his Ministry, BJP and Cabinet support this, much less the country. That is why he and his party are running scared not even celebrating the second anniversary of ‘Notebandi’. Here is a Prime Minister linking the unlikable without telling you that the 56” chest which dared the public of India to put him on a ‘Chauraha’ if after few two months. अगर दो महीने का समय दे दीजिए मुझे, I wonder which ‘Chauraha’ he has chosen for himself because we neither found black money by demonetisation, we neither found fake currency, we neither stopped terrorism, we neither stopped naxalism. We found deaths, tragic terrible deaths of 120 innocent people. We found 1.5% minimum – Rs. 3 lakh crore adverse impact on GDP. We found at least two million job losses because of demonetisation, my list can go on. Respected Prime Minister, are you trying to hide all this when you ask these questions? Respected Prime Minister, did you think ever of answering our questions pending for two years? What happened in 2016 when certain favorite blue –eyed boys’ accounts suddenly inflated magically a few hours, few days on the same day as ‘demonetisation’? What happened to certain Co-operative Bank accounts where the same favoured were the ‘karta-dharta’. Country will never receive answers to this. Country will receive answer linking demonetisation with ‘National Herald’ as if we are scared of these pitiable empty impotent threats by a vindictive Government. Hon’ble PM, I want to tell you with the great humility at my command, we were the Congress Party, and we were called the ‘Congress movement’. We had the same vindictive revengeful cases foisted upon us to cower us down by the British, merely because you are incarnation of the British as far as vendetta policies are concerned, so not think we are going to be cowed down – not then not now. So please don’t try and connect the unconnectable, please do not and fool the public yet again after having fooled them so many times through ‘jumlas’ and ‘demonetisation’.

On the question that the Government has given documents on the Rafale deal saying that all requisite steps were followed, Dr. Singhvi said first let me clarify that I will reply only on the basis of public domain documents furnished to us by you, not being you by Journalists because since the morning we are getting these. We are the Congress Party, we have no direct access, we are not a party to the court proceedings but all over your domain, you have these copies and we have all got it from you. Now this needs to be studied and I can assure you that we will be troubling with a separate Press Conference but at first blush to answer your question – two or three things are obvious. This is like 20 pages. One – these 20 pages is like ‘Hamlet’ without ‘Prince of Denmark’. ‘The Prince of Denmark’ is the price. Price we still do not have. Prince of Denmark remains elusive. We have the whole ‘Ramayan’ but राम का नाम नहीं दे रहे हैं, पूरी रामायण जरुर बोली है इसमें। आपको ये नहीं बताया कि कीमत कितनी थी, नंबर एक। नंबर दो, आपको ये नहीं बताया कि ये जो पूरी बातचीत शुरु हो गई, किसी को कंपनी बनाने के लिए बोल दिया अप्रैल, 2015 में और इसमें लिखा है नेगोसियेशन मई, 2015 में शुरु हुए। तो ये पूर्व निश्चितता कब थी, कहाँ थी? You decided earlier to forewarn the relevant blue-eyed boys and your negotiations started in May 2015 according to this. Most important is the third point and I am only giving a ‘cursory’ response because it has happened only today. There is a virtual admission that the Cabinet Committee on Security was not consulted before. You will consult after giving the contract or you will consult before the contract? contract meaning before giving a word to President and country of France. It is common ground that the CCS is consulted for the first time after you have given your solemn, sovereign word in France .

Dr. Singhvi said, Obviously I don’t think it would be appropriate to comment on this at this stage for the simple reason that the hearing today lasted all of 7-8 minutes. The Government of India rightly apologised to the court for not having been able to give the sealed cover envelope within the time stipulated as of yesterday. They admitted that they were delayed and the delay necessitated an adjournment till Friday because the Court naturally has to see the papers submitted to it. So, I think we should avoid making comments on this issue, till Friday when we await the court proceedings and the court orders. 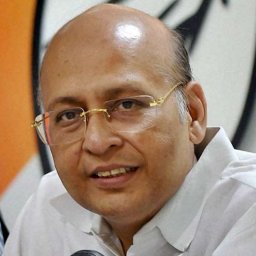 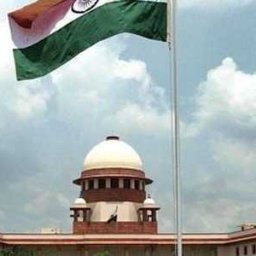