The Indian National Congress is proud of the courage and sacrifice of our Armed Forces. Our Armed Forces are second to none and the Congress party has accorded the highest priority to them.

However, the BJP & the Modi Govt has systematically compromised our National Security. Some disturbing facts:-

Some of the most damning indictments of the report to the Parliamentary Standing Committee are:-

What makes the above worse is that the PMO was aware of the problems with regard to the need for modernization and did nothing despite his urgent intervention being sought. This is attested to by the Standing Committee’s 37th Report which reproduces the communications with the Ministry of Defence [on ‘Actions Taken’ on previous recommendations] on pages 4-5 which state that the Ministry of Defence had unsuccessfully tried to bring the issue of insufficient allocations for the modernization budget to the PMO’s attention for their urgent intervention on 02.02.2017. Despite the same “it is not known whether the PMO has made any reference to Ministry of Finance in this regard. This Ministry has not received any additional allocation subsequent to taking up the matter with PMO”. It is now clear that the PMO was briefed on the issue over a year ago and has done absolutely nothing. The Committee’s recommendation was to try and request the Prime Minister’s intervention again.

The Committee had also observed on page 4 as follows:

“What the Committee find to be even more astonishing as well as worrying to note is the negative budget growth for Modernization (Capital Acquisition) in respect of Army, Navy and Joint Staff as made in the BE [Budget Estimates] 2017-2018 vis-à-vis BE 2016-2017.” [i.e. -5.86% for the Army, -11.58% for the Navy and -28.33% for the Joint Staff]. This demonstrates the priority accorded by the Modi Government to our national defence.

“Allocation of Rs 21,338 crore for modernisation is insufficient even to cater for committed payments of Rs 29,033 crore for 125 on-going schemes, emergency procurements and other requirements”[Page 2, Para 1.4 of the 41st Report]

The Report goes on to further highlight the lack of clarity and policy planning in the following terms:

In addition to this, there is an additional burden of Rs. 5000 crores because of new taxation laws in GST which has come into force in the last one year and which has also not been taken care of in the new budget… The Ministry of Defence has again delegated powers to the VCOAS to spend as much as Rs. 14,097 crore towards security related issues. However, there is no separate allocation for this. So, this money also to be found from the same Budget leaving us with no choice but to re-prioritize either to reduce our requirement as far as the security of military stations are concerned or to go slow on some other acquisition[Paras as above]

The above points to a clueless PMO, a Finance Ministry completely disconnected from the reality of National Security and an army left to fend for itself.

On the question that a hearing was going on in Vijay Mallaya case right now, Dr. Singhvi said I am not going to comment at all on an on-going legal proceeding that too in a foreign country. What I am going to comment is that all this is shadow boxing. At the end of the day all that we are concerned – Number one – that this country is concerned, is with the result, no excuses- nothing.

Question 1 – Why was he allowed to leave?

Question No. 2 – Are you bringing him back?

Question 3 – Is the money coming back?

Barring these three things, all the rest as far as we are concerned, we cannot comment, we do not want to comment, it is irrelevant for the Nation. This is between the Governments and let the Government not find new excuses every day in new forms in new manner. 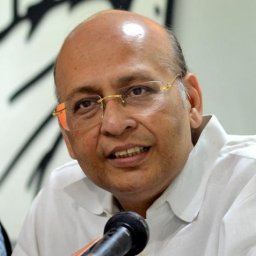 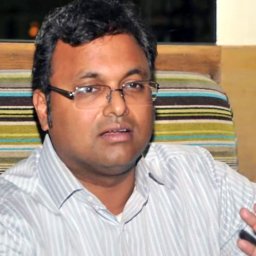