Dr. Singhvi said yesterday the affidavit filed in Supreme Court by Shri Manoj Sinha was read out by my colleague Shri Randeep Singh Surjewala.  कई हिस्से उसके पढ़े गए थे। I want to continue the same line by asking a few questions of this Government because a corruption ‘tsunami’ has taken the winds out of the sails of Prime Minister Modi’s so-called anti-corruption boat. When you see Prime Minister at his rallies, he is visibly rattled and upset and that is the reason he has not uttered a single word.

So, we ask through you

(1) will the Minister of State who has been named in an affidavit sworn, give more than a one page denial? will we have an explanation? will the PM tell him to give an explanation and will he show a courage of conviction? That is question No. 1. Denial is irrelevant.

(2) What does the Prime Minister have to say that a separate MoS is asked to settle a matter – involving this MoS (as mentioned above) “Settle”? Who was the person in the PMO who fixes these settlements? and as you know there are only two Ministers in the Ministry of Personnel; one is the Prime Minister and one is his Junior Minister. Under whose ‘prabhav’, under whose power, under whose jurisdiction are these settlements done?

(3) Shri Doval is not merely the NSA – Shri Doval is an all powerful NSA plus three Chiefs of Army,  Navy and Air Force put together plus many more things. Chief Security Advisor well beyond ‘Mantralayas’ and Foreign Ministries. Well, then no word from him, no word by the Prime Minister about him and on what jurisdictional basis, under which transaction of  business rules does Shri Doval have any locus. How is he involved?

The Congress Party is clear that the Government is facing a ‘pandora’s’ box and you remember what a ‘pandora’s’ box was. Each time the Government opens a lid slightly, more and more skeletons tumble out. These skeletons are the undoing of this Government, it is only a question of time when not if and we are hopeful and confident that the Supreme Court will get to the bottom of this, will clean up this mess but we have no doubt that we are not going to get an answer to the significant questions of public interest in the interest of the nation from its Chief Executive; the Prime Minister of India.

I have asked 7-8 questions – they are very specific. We would expect some answer from all these people who claim to talk of rule of law. We are getting eloquent silence, stunning silence, noisy silence but no answer.

On the question of reaction of the Congress Party on judgment by the Supreme Court in ‘1984 riot cases’, Dr. Singhvi said we have said it earlier, my colleague has said it, I have said it. Let me repeat it – The Congress Party’s stand is clear- This is a legal process, a legal process which must be allowed to work out its course and we are very proud, happy and fortunate that it is working out its course. We, therefore, welcome it, subject to the usual caveat that there should be no external influences in the process, the purity of the process should not be compromised and the rights of the accused are counter balanced with the process and that is what we are seeing if there is a final conviction and I think that the whole country and everybody should welcome and the Congress Party certainly welcomes it.

On another question that on Owaisi alligations, Dr. Singhvi said I have no idea about these things, you have to ask the persons you are naming, but let me say three things clearly: we do not need to take Mr. Owaisi and his party seriously. We don‘t need to take a party seriously who travels from Hyderabad to Mumbai to fight elections, which tells their own story on whose support, on whose bidding, for what purpose. We do not need to take seriously a party which does the same thing in Bihar and UP and then swears by secular unity. It is the strangest distortion and new definition of a unity of secular forces with MIM. It is well known that the closest ‘Gathbandhan’ exists between BJP and such electoral forces. So you can imagine whose proxy is speaking for whom and I do not understand who they are to give instructions to which person and which case on what locus. 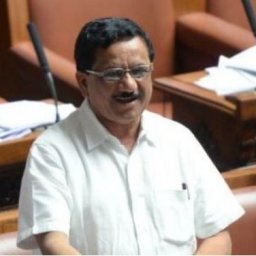