Press Briefing on Jammu and Kashmir and Ladakh

Dr. Singhvi said we are extremely disturbed, indeed, shocked at what we see is happening in the United Nations, supposedly, at 7.30 India time today in the evening. We view it as a matter of grave and deep concern to the entire nation, to every citizen and resident of India. Let me start by saying that Jammu and Kashmir and Ladakh (JKL) is an integral inalienable, untouchable part of India and no other body, group, organization individual can assert to the contrary as far as India is concerned. This is a non-negotiable issue, a non-discussable issue as far India is concerned. This, as you know, has been position as a bedrock pillar of Indian foreign policy for decades. It is, therefore, shocking that roughly after 60 years, I think the last time it was in 1964, roughly after 55 or 60 years, for the first time this is sought to be internationalized at the United Nations Security Council today.

We are not misled by all these noises about open-door, out-door or indoor closed door; our point is a fundamental one. The fundamental point is that under the Simla Agreement signed by Mrs. Gandhi under India’s established foreign policy at the highest, some of these issues are bilateral issues. But this issue in fact is entirely our internal matter not even bilateral. What we do about the law and the changes in law qua J&K is not even bilateral, it is internal to India and here far from internal, far from bilateral, we are jumping to internationalization. I am sorry to say and India as a whole stand behind the Government but I am sorry to say this is a grave diplomatic failure of the Government. In fact it is worse; it is a grave strategic failure of the Government.

Just imagine, the Foreign Minister of India is in China. He is deputed to go to China and is discussing this very issue there. Our diplomats are being mollycoddled by the Chinese and while they are served tea and cakes, under their nose, under the very nose of the Modi Government, China has the guts to approach the United Nations which is having a meeting today and I am sorry to say that when these parleys were going on, this Government took great care whether through favourite and favoured channels or other well-placed links to suggest that nothing of this sort can or will happen and that China is going along with us and then literally under our very noses of the Modi Government, while hosting and entertaining our Foreign Minister, the Chinese Government gets this meeting organized at the behest of Pakistan. Is this not a strategic failure for India apart from being a diplomatic faux-pas of the highest proportion. Why such a meeting should be held at all in United Nations. I implore, I beseech the Hon’ble Prime Minister not to remain silent. I implore him to move all our friends, anyone in the United Nations Security Council to have this meeting cancelled. Why, because this is not a discussable issue. It is not open for discussion – forget the merits of the issue and we are also very deeply concerned about the fact that something which has not happened for decades has been allowed to be happening in this manner. Without any real protest by the Government of India, except saying it is a closed door meeting. There is no such thing as closed-door in internationalization of such issue. I am sure and I say it with the deepest of the humility that when we raise such basic issues of Indian Foreign Policy, Indian respect, Indian sovereignty before you, I am sure within 30 seconds, you will have us all branded as anti-national.

Well, all I can say is the Government of India and Modi Ji should remember Vajpayee Ji. He will also be called then anti-national because he referred to the three principles of Insaniyat, Jamhuriyat and Kashmiriyat. Please don’t call us anti-national because then the Bus Yatra of Vajpayee Ji will also become anti-national. Please don’t forget your own interlocutor who was deputed by the Modi Government. Please don’t forget the parleys, the discussions you had yourself through your interlocutor and with the Hurriyat. Above all, do not forget your fairly long marriage to the PDP and I have here your agenda of governance which you signed with the PDP. By your standards, every word here is anti-national – not that I am calling it, I am saying by your standard.

You have talked about everything – Special Status, Constitutional provisions pertaining to J&K, Confidence Building Measures across the Line of Control, Civil Society Exchanges, Travel, Commerce, Trade, help and sustain a meaningful dialogue with internal stakeholders, I am not quoting but please don’t apply poor ‘Akbar Allahabadi’s’ phrase in reverse – हम आह भी भरते हैं तो हो जाते हैं बदनाम, वो कत्ल भी करते हैं तो चर्चा नहीं होती। I also have by the way your accord with the Nagaland Group – NSCN – they were in fact talking of shared sovereignty and you Mr. Modi in 2015 and 2016 signed this accord with them. They were at one time in fact dealing as if between sovereigns without accepting the sovereignty of India. So, please take up our questions and our objections in the right spirit. They are meant to awaken you to the fact that you have to leave ‘jingoism, jumlebaazi and address the basic question – how have you allowed the internationalization of the Kashmir issue in this brazen manner under the very nose of the Government of India, its Foreign Minister while visiting China.

The nation needs answer immediately and we need the Prime Minister to pick up the phone and stop this meeting at United Nations today.

To another question on the statement of Shri Rajnath Singh on Nuclear Policy,  Dr. Singhvi said everybody knows that the whole country including every person in this room and the Congress Party stands behind the nation and behind the Government as far as our defence is concerned, as far as our sovereignty is concerned, and in particular as far as our nuclear policy and nuclear use issues are concerned. So I have nothing to say except to hear what you have said, but, to additionally remark that if by this somewhat ambiguous statement, the Hon’ble Defence Minister intends either to keep us guessing or seeks to announce a change in policy, then the country would be happy to know what the new policy is, not in ambiguous half phrases, but, in a full one paragraph declared policy and I can assure you that whatever is the policy, we will welcome it and stand behind it but at least do not do word play on vital and important as Nuclear Policy.

On the question related to PM’s policy statement on appointment of CDS, Dr. Singhvi said the Prime Minister knows well, the country knows well that this policy in the making has been on the anvil for a long-long time and it was in fact first mooted largely during Congress regime. So, there is nothing new in it. It was in fact part of our manifesto as well. We had at one point of time in fact criticized the Government for the delay in making it and we are, therefore, happy as far as the principle is concerned. However, you need to see the flesh, blood and bones of that principle in operational reality. And we reserve our right to comment at that stage, but, otherwise yes, there is nothing exceptional in principle as such. 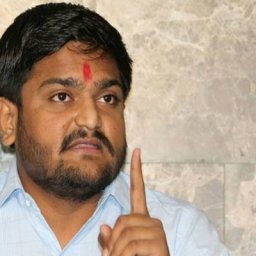