Modi Govt is providing an ‘Escape Clause’ for CVC’s Transgressions.

PM Modi, who was so eloquently giving gyaan to youngsters today on ‘Pareeksha’ – has failed himself and has scored a 0/10 in his ‘Pariksha’ to govern this country. Under PM Modi, every institution has been denigrated, damaged, demolished and destroyed. At the risk of repetition- CBI, CVC, CBDT, ED all agencies have been systematically undermined.

There have been serious allegations against the present CVC, Sh K V Chowdary. He is also single handedly responsible for lending his shoulder for the Modi Govt to remove CBI Director, ShAlokVerma. His fallacious report played was the basis of ShVerma’s removal. He is hand in glove with his partisan political masters and his transgression, misconduct and undue interference in the sordid saga of CBI is now well known. His reported meeting withSh Rakesh Asthana has made him the ‘Collaborator in Violating the Constitution’.

Modi Govt is now hiding behind the ‘imaginary veil of technicalities’ to prevent the imminent removal of CVC, if the law took its course.

TheDoPT, which is directly under PM Modi has abdicated its constitutional responsibility to act on two complaints received over a year ago against CVC Sh K.V. Chowdary, citing that ‘there is no guideline to handle such grievances’

Modi Gov falsely stated that “presently no guidelines to handle complaints of corruption and other misconduct against Chief Vigilance Commissioner/Vigilance Commissioners are in place,” in response to an RTI query filed by whistle-blower Indian Forest Service officer ShSanjivChaturvedi.

In 2017, Whistleblower IFS officer Shri Sanjiv Chaturvedi, claimed in a petition written to the President that the CVC closed corruption cases related to infrastructural work of Rs 7,000 crore. He attached 1,000 pages of documents, obtained through RTIs, in support of this claim.

ShChaturvedi had filed complaints against CVC Sh Chowdary on July 15, 2017 and with reminders in August 2017 and January 2018 to the President who forwarded them to the DoPT. He wrote another letter on Januar 14, 2019 reiterating the same.

After two long years, the Modi Govt, instead of ordering an investigation and acting on the petition, now comes up with an untenable excuse to save its “Collaborator in violating the Constitution”, CVC ShChowdary from the clutches of law.

According to Section 6 of the CVC Act, ‘the CVC or any VC may be removed by the President. The President may ask the SC to probe the any of the CVC’s officers on grounds of misbehaviour or incapacity, post which if the President is satisfied with the outcomes of the probe, may order the removal of the concerned officer. This section clearly empowers the Central Govt to take action, if required.

According to Central Civil Services (Classification, Control and Appeal) Rules, provide for suspension (s.10) and penalties on officers for their actions which involve removal, termination and forced retirement (s.11).

The CVC is not a separate cadre, so the CCS (CCA) Rules apply to the post of the CVC as well. So nothing bars the Modi Govt to order an investigation into the allegations by ShChaturvedito remove the CVC, if he is found guilty.

In the CBI saga, CVC, Shri K V Chowdary took direct orders from the PMO, thereby severely tarnishing the institutional integrity of the office he held and the Indian National Congress had then demanded his immediate removal. This case is one more addition to the long list of controversies in which ShChowdary is embroiled.

ShRao himself his facing severe allegations of misconduct. On 20 January, in an abrupt churn, ShRao transferred 20 officials within the agency, including key officers probing allegations against Rakesh Asthana.

No Institution in this country is safe from the influence and illegal practices unleashed by theModi Govt with the singular objective to make them subservient.  Just yesterday, we exposed how the brother-in-law of the CBDT Chairman, who is enjoying unprecedented patronage in the form of multiple extensions, was protected by the Modi + Yogi Government.

Only 80 days are left, and people are now waiting for this ‘Despotic Raaj’ to end. They are all geared up to put an end this to this tyranny. 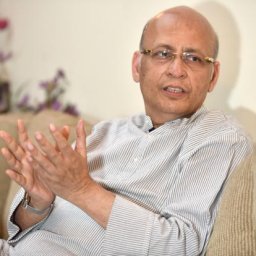