Welcoming the guests and the audience, Dr. Abhishek Singhvi in his welcome address said,

“Earlier lectures in this series have had many eminent personalities and unique themes. It was started by Lord Bhiku Parekh speaking on the subject of Maitreyi ‘Friendship’ and included President Abdul Kalam speaking on Science and Technology, Former Chief Justice Deepak Misra and several others.

The uniqueness of today’s lecture is the amazing convergence of interests of the chief guest, the Chairman, and the person in whose memory they are speaking. Interfaith movement, comparative religion, philology, history, law, foreign affairs, Indian philosophy are some of these many areas intersecting strongly from the lives of my late father, the Chief guest for today and lecturer Hon J. Rohinton Nariman and the Chair Shri Gopalkrishna Gandhi.

Talking of these multifaceted talents of these persons, the analogy which comes to my mind is that of the ‘Renaissance Man’. Another word for this is Polymath, a person who is an expert on a wide range of subjects and areas of knowledge. Creativity for such persons can not be crippled, confined, and circumscribed within narrow boundaries. They do no see disciplines as a chequerboard of independent black and white blocks, but a vibrant palette of colours ready to be combined harmoniously and gracefully. Such persons are multi specialised lateral thinkers who can connect the dots in unexpected ways. The spirit of curiosity, of inquiry of a thirst for knowledge and new experiences, is summed up in the words of Emma Watson, the English actor who said, “I could never really imagine myself doing one thing and I am pretty sure that I end up doing four or five different things. I want to be a Renaissance woman. I want to paint, and I want to write, and I want to act, and I want to just do everything.”

Honourable Mr. Justice Rohinton Fali Nariman is one such enigma. Ever since my earliest days with him at the Bar, I have found an overpowering urge in him to excel and to dive deep into the innermost recesses of anything he takes up. This applies to each one of the bewildering diversities of his interests and pursuits, be it law, be it music, be it comparative religion, be it history, be it the passion with which he retreats into his precious holidays. But he has an unfair advantage over the rest of humanity. He has an eidetic memory which is the correct word for photographic recall. Most religions begin their search for priests with this talent and Rohinton Nariman was sent to the Parsi priest school at the age of 12, where he had to spent 28 days in seclusion in the Fire Temple. Vipassana begins to look easy since at that age not only do you not talk to anyone or meet anyone or do not even see anyone while praying five times a day and memorising the 72 chapters of the Zendavesta – the Parsi holy book. His declaration as a Parsi priest was a natural consequence since he could effortlessly recite the Avesta for over three to four hours in the presence of other priests and family members.Dr.

As all of us who appear before him keep finding every day, dates, events, anecdotes, names, and the minutest descriptions keep flowing from him in the middle of arguments with the ease which must truly be described as a divine blessing.

Having attended the book release of his book on Zoroastrian religion, ‘The Inner Fire’, I now look forward to the fulfillment of his desire to write a children’s, book on the gems of each religious practices in India. Just like things fall into place while arguing and hearing cases in his beautiful mind, so also each note of music falls into an immaculate rhythm and harmonious whole in his stupendous knowledge of Western Classical Music. In a nutshell, there is nothing which RF Nariman touches which does not leave a special imprint on the psyche and each one of you who will shortly hear him speak is going to accuse me of gross understatement and the use of words studied moderation when he delivers tour spaced force.

Gopal Gandhi is the anti-thesis of the image conjured by the phrase ‘His Excellency’ which attaches to the diverse posts in his career graph. One can hardly conceive of a simpler, more soft-spoken, non-feudal, non-royal excellencies than this man who has been High Commissioner in South Africa, Lesotho, and Sri Lanka, Ambassador in Norway and Iceland and the 23rd governor of West Bengal. Simplicity is the first word that comes to mind when you interact with this excellency. Tensile and resolute strength is the second facet emerging from this extremely soft-spoken person. His prose is truly poetic and poetry is truly lyrical. My father had something to do with persuading a man like him to take charge of the Nehru Centre when my father was Indian High Commissioner to UK and conceived of this institution at the forefront of cultural diplomacy. I always used to tell my father that one of his greatest achievements was to do something about which he was hesitant, as he was, for a while, about assuming charge as the Director of the Nehru Centre. Fuke and equal Shri Gopalkrishna Gandhi in the felicitous use of the English language. And the coffee table ook also scheduled to be released today has one of the sections titled ‘India’s Vibgyor Man’, and an article written many years ago by Gopal Gandhi on Dr. LM Singhvi. Let me quote one para of that article, “When I was a child, long before Kwalitystormed the market, there was a popular ice-cream brand Vibgyor, the acronym for seven colours of the rainbow. Dr. Singhvi was a Vibgyor man of Indian politics. He had a Vibgyor mind and a Vibgyor temperament. Neither a rigid square nor a moony circle in his ideas, he was that admirable super-ellipse, the squircle. He was able to round the corners of his intellect’s square to fit the circles of his emotions. And snuggle the circles of his instincts into the squares of his reasoning. He could therefore never be a misfit in any company – political, legal, intellectual, literary, spiritual, or plain ‘social’. Nor could he be a perfect fit anywhere.”

Sri Gopalakrishnan Gandhi Ji may well be entitled to a Nobel Prize for convergence of irreconcilable stakeholders since his name was proposed for Vice Presidentship by the Trinamool MP Mr. Derek O’Brien and seconded by the CPM Chief Sitaram Yechury. A man who does not hesitate to speak his mind, who wears his lineage as the grandson of Mahatma Gandhi from the Paternal side and the grandson of Rajagopalchari from the maternal side likely. His incognito travels in rural Bengal as Governor. Ultimately earned respect since his activities are imbued with humanity and compassion. He is truly the most apposite Chair for today’s function.” 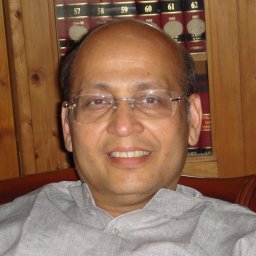 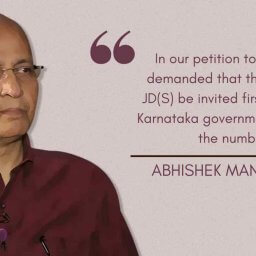