“Will the Karnataka Government last its full term?” by Dr. Abhishek Singhvi*

Who are the naysayers to the above proposition? The ones who, at rocket speed on May 15, without verifying anything, laid claim to form the government? Are they the same persons who wrote to the Government on May 15 without attaching names, lists or signatures of a single person other than the number of 104 from their own party? Are they the same who tried desperately till the 11th hour, 59th minute to form the government but failed?
Are the doubters those who sought time, minimally (through BSY’s counsel) at least till Monday, May 21 for the floor test? Are they the ones who, through the Attorney General, sought a secret ballot? Finally, they are the ones whose CM candidate, sitting in a solo cabinet with himself, announced on 17.5.18 huge policy decisions before the Supreme Court order dated 18.05.18, which circumscribed him till the floor test, to the existence of a Sultan without a sultanate.
If I am right in every example above, then obviously, the nay-sayers are expressing frustration, anger, depression and desperation by shaking their head in the negative. Implicit in their stand is also their well-founded fear viz. that a Congress-JD (S) Government, formed through the crucible of a fire test comprising crude and crass poaching and humungous loads of money should not be allowed to establish itself because the likely stability of a marriage baptised by fire can spell huge erosion and eventual decimation of the support base of the BJP. The pessimists are also genuinely surprised and scared at the sight of the smooth, harmonious and cooperative approach to government formation underway, with egos being buried and gracious concessions manifest galore.
The NO group is also revealing to the world, without quite realizing that they are doing so, that these self-fulfilling doomsday prophesies by them paint them as agents of destabilisation of the new Government, which has successfully overcome the distortions, brazen blandishments and allurements of the BJP. Let the nation and the people of Karnataka rest assured that, firstly, this will be a model coalition government running its full term smoothly and successfully; secondly, that it may well even be a model for pre-poll alliances for 2019, the mere thought of which strikes terror into the hearts and minds of the BJP; and thirdly, that it shall not merely last its full term but provide positive good governance, including the continued beneficial effect of diverse Bhagya schemes already in operation in the state.
The people of Karnataka will listen to the optimists and the realists, not to those who vent their irreversible depression at having lost the loaves and fishes of pelf and power, which was all that they were seeking. Consider the desperation reflected in multiple tapes showing flagrant seeking of votes in exchange for Ministerships and /or money. They include importunings on tape attributed to BSY himself, desperate requests allegedly by his son and innumerable other attempts by the BJP to suborn, subvert and subordinate our MLAs. Vajpayee himself faced the same situation in 1998. Did we ever hear of these shenanigans and such over adventurist political acrobatics from that BJP to cling to power at any cost? No wonder that large sections of the BJP itself (and the nation) laments the absence of  magnanimity, decency, tolerance, inclusiveness and mutual respect in what passes off as today’s BJP as opposed to Vajpayee’s BJP.
I have no doubt that each day, even before swearing in on 23/5/18 and during the next five years, the BJP will put every obstacle to good governance for the government of Karnataka and hope to wrest power by hook or by crook and more by crook than by hook. This is so because the same characteristics which distinguish Vajpayee’s BJP from Modi’s will operate even more brazenly viz. arrogance, an inability to digest defeat, manipulation and a blind, mad obsession with “Congress mukt Bharat” which is actually the manifestation of megalaomania, insecurity & intolerance against democracy itself. Scarcely does the BJP realize that it is precisely this “power at any cost” approach that exposes it more and more in the run up to the 2019 elections and unites everyone in the political spectrum against it, including its own allies! 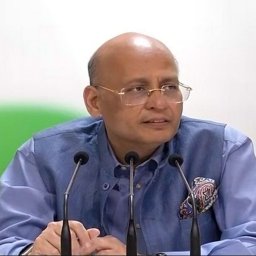 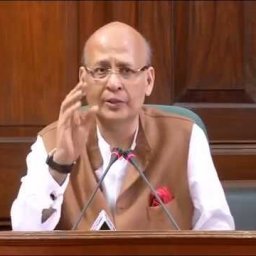