On the reaction of the Congress Party on the biopic of Modi played by                      Shri Vivek Oberoi, Dr. Singhvi said– I don’t think I need to reply to people who are not in political realm directly. I think we have made more than submissions and what Shri Oberoi is saying; he should go and tell the Election Commission which has already issued notice to him on our representation. This is another example of absolute desperation. We have led three delegations to the Election Commission in one week. In one week, they have had a biopic, they have had a NaMo TV, and they are putting number of ads and NaMo things on Doordarshan, ‘Chowkidar’ campaign of Doordarshan. What this indicates apart from complete violation of every rule, apart from complete non-level playing field, it indicates a very-very high degree of desperation. Certain conviction of law can defeat so that you are clutching everywhere or some desperate way of convincing the public.

On the question that Shri Jaitley has leveled against both Shri Rahul Gandhi and Ms. Priyanka Vadra Gandhi with regard to their farm houses what they call ‘sweetheart’ deal, Dr. Singhvi said- Now, you can understand how desperate this party is and the increasing desperation in the Finance Minister’s allegations. You know, when this allegation was first made, you were here sometimes back two years ago, and do you know that the word ‘sweetheart’ deal has it applied to what my friend just mentioned about 10,000% increase in Shri Shah’s assets. At that time the Finance Minister did not think of this word ‘sweetheart’? A rental by a company, stale allegations, he remembers. He does not remember a ‘sweetheart’ deal when a man in India can multiply assets by 10,000 times.

On the question of the reaction of the Congress Party on the tradition law, why is it that the Congress Party had sudden change of mind when Shri P. Chidambaram was the Home Minister, he has not charged everybody, Dr. Singhvi said– the reason is that we have now realized how a provision which was largely ornamental on the statute book. It is capable of perverse misuse. Never in 70 years, and mark my word carefully, has any Government irrespective of political rivalry including Vajpayee Ji, BJP Government even fractionally used sedition in the number and degree as used by this Government. In five years, this Government has slapped the maximum number of sedition charges. If you draw cartoon of the Prime Minister, I can challenge you that you will be charged of sedition. Try it out. If you write about the Prime Minister, I can challenge you that you will need a Counsel for sedition. That has happened to so many people in Kerala and Karnataka. The sheer volume of misuse, lead us now to think. I agree with you that it could have been done earlier but earlier it was not being misused in this degree and frequency. We are now seeing it, we are experiencing it in five years and I think it is absolutely right that no other further future Government should be able to do like this again.

My Press Brief On PM Modi’s Speech in Karnataka (Hindi) 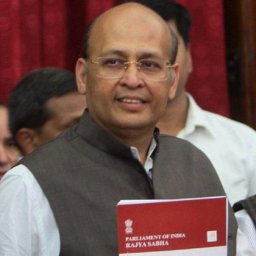 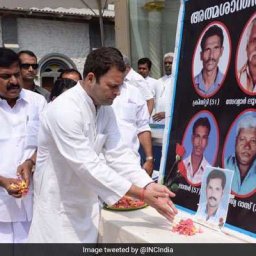 The BJP is oblivious to farm Distress